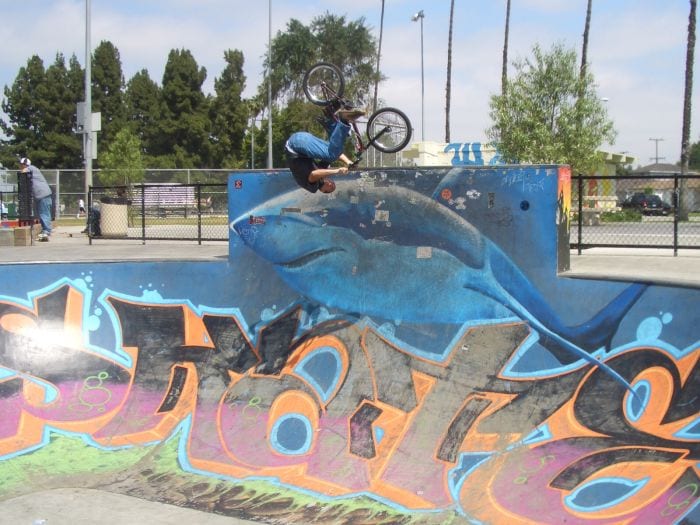 Spent the day in LA with Erik Engstrom from Drive. We hit up a few cement parks, one was right outside of Compton. Some dude asked me for some money as I was putting my bike together on the sidewalk. He also found some change in the trunk of our car that he took. Very ghetto. I thought I was gonna die. Then we checked out the Drive offices & warehouse for a bit. They got some good stuff in the works for later this year… Here is a flair less than an hour off the plane… We headed out to SkateStreet for the 9-11 session where I met one of my Drive teammates Mike O’Donnell. For some reason they turned half of the place into the night club and computer game LAN room. Then I took off with Nacho to Santa Barbara.