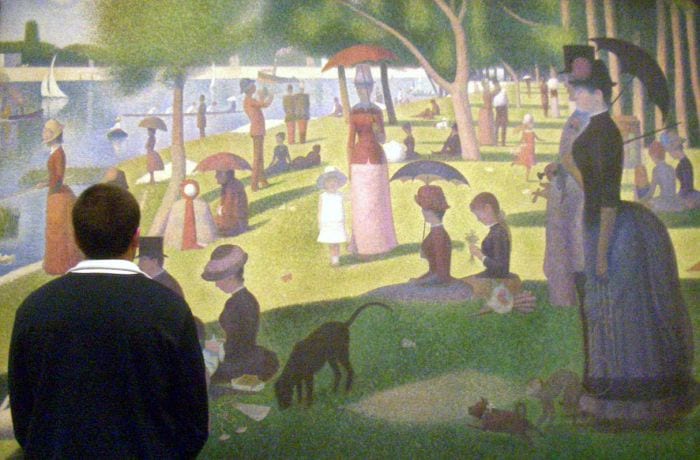 QBP sent me to Chicago for the week for Progress training. Progress is a programming language which our QBP.com dealer website is written in. That’s right, I’m staying at the Wyndham Four Star Hotel. King size bed, wide screen high def tv, and room service meals every day (I have the best supervisor in the world Mr. Greg Sampson). It is in the 60’s today in mid March… “How could I possibly be expected to handle school on a day like this?”

I wanted to see more of the city, so last night after training I went to the train station. I just missed a train heading into downtown, so I had to wait about an hour for the next one. While I was waiting there was a huge loud crash type noise right outside the train station. I went out there and a cab driver somehow drove onto a 2′ high ledge on the side of the road, and fell over the other side of it about 4 feet down. He almost hit some kids that were skating on the ledge as well. Then the cops showed up. It was crazy. Very ghetto. Then the train came and I hopped on for $3.

The train took me to Union Station which is a block away from the Sears Tower. This thing is seriously fricken huge. That must be why it was the worlds tallest building… Tiwan now has the tallest building. So I went up to the 103rd floor of this massive sky scraper hoping it doesn’t fall over. I took some photos, watched the sun set, then realized it was about 25 minutes until the Art Institute of Chicago on the other side of town closes. I hopped in the high speed elevator and took off running across Chicago.

I made it to the Art Institute of Chicago with about 10 minutes left and they actually let me in. I was super tired from running across town but I managed to check out some fine pieces of art and take some interesting photos. No flashes are allowed, although one security gaurd actually took a photo of me, decided to use the flash, and nearly got fired. Great photo though! Then they closed and I was kicked out on the streets of Chicago.

I started looking for food, although everything was closing. I walking all the way back to the train station, and just missed a train. Now I’ve got another hour to wait, so I continued my journey for food. I found a small food court area underground at the train station. I saw a McDonalds walked away, right into a ghetto black homeless man walking towards me…

So I went and bought the darn guy a meal at McDonalds, and brought it to him. Then he started talking about his “kids” and still wanted to take me up to the streets to see them. Then he wanted hot sauce. I finally just said “I got a train to catch” and got the hell out of there. I waited a bit longer for the train, and was finally on my way back. What a night. Downtown Chicago.