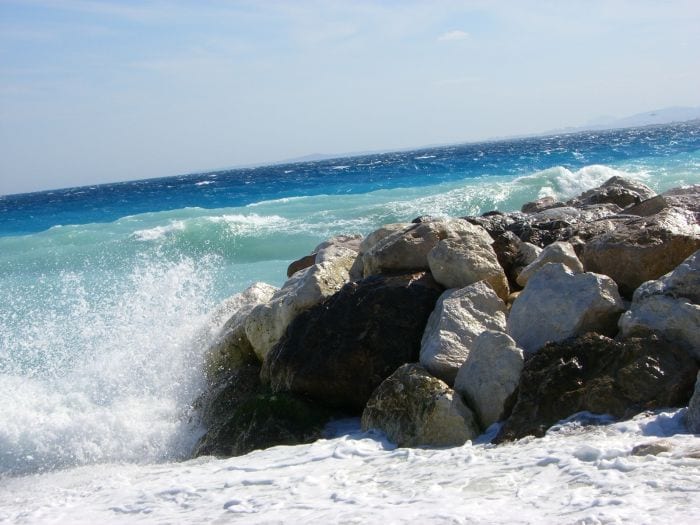 Nice is the big tourist area in France. Beautiful beaches… They also happened to have an Ironman event take place the weekend we were here. Over 1,700 men dove into the sea and took off swimming for miles at 6:30 on Sunday morning. They had thousands of very nice expensive road bikes lined up for the bike portion of the event. Tons of people were around. One thing about France that is interesting is their beaches. They don’t have sand beaches. They are all hard rocks, and according to our tour guide “The French don’t like the sand, it gets in their shoes”. Anyways, just outside of Nice, we drove near one of Bill Gates homes, as well as Elton John. You could say that they are quite wealthy individuals.