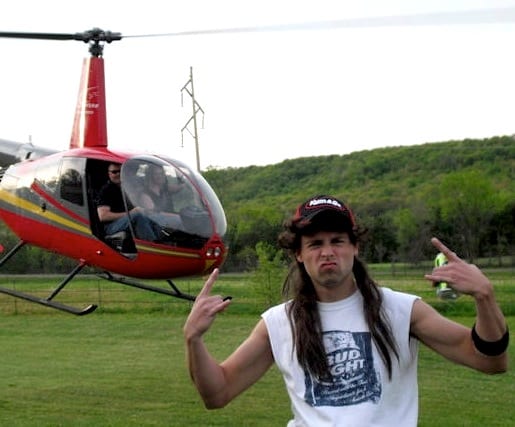 So for the past month or two, Jen has been planning a surprise birthday party for her boyfriend/my close friend Jeff (HINT to all the women out there) and what does she end up doing?? Yes, a Nitro Circus Birthday Party and it was FRICKEN WILD. I remember a sexswing, a wizard, flying in a helicopter, an 8 gallon KY lube slide, & a pregnant donkey. Here is some of the invitation that Jen sent out..

“YOU ARE INVITED to the BEST PARTY EVER!!!

So, Jeff’s birthday is coming up, and I suppose I could have just gotten him a toaster, but I thought this would be much more fun….

For those of you who are familiar with the TV show “Nitro Circus”, you know that it’s a cast of stunt professionals, motocross racers, base jumpers, and other adrenile seekers doing INSANE stunts and some pretty funny and crazy stuff. For those of you who DONT know what Nitro Circus is, here is a clip… see for yourself! http://www.nitrocircus.com/videos/0-Go_Big_or_Go_Foam___Season_2___Episode_3-53.html

This just HAPPENS to be Jeff’s FAVORITE show. So, I am going to give Jeff a “Nitro Circus” birthday, and you’re invited. 🙂

Now HOW are we going to do this???? Well, for starters, we’ve got plenty of things to keep us busy… for example, we have…

and also, you are welcome and encouraged to bring whatever else you feel could add to the fun!!! If you’ve got 4 wheelers, golf clubs, jumper cables, live chickens, or anything else that we can do something stupid, reckless, dangerous (and of course, FUNNY!!!!) with.

You are welcome and ENCOURAGED to bring your friends, we have 80 ACRES on which to play. We’ve pretty much invited the whole town, so don’t worry about inviting friends that dont know Jeff… it’s a block party!!! This is an OVER 21 EVENT ONLY as we will certainly draw the attention of neighbors and also local police. The township and county have been already notified that there will be lots of LOUD NOISES coming from the property and we’re clear for a night of fun, hopefully uninterrupted by the fuzz!!!

Weather doesnt matter… we’ve got a huge pole shed to party in, and rainy weather would make paintball and KY slip and slide even more fun.”