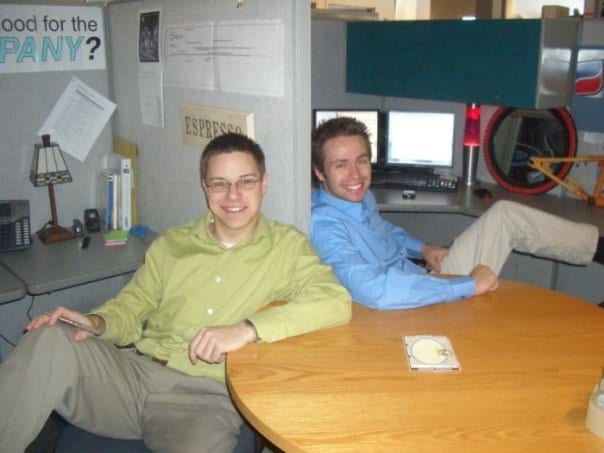 This week marks one year since I left my IT position as Application Developer II at Quality Bicycle Products (aka last time alarm clock was used). I had no idea where I’d be at this point, however as scary as it was, I can honestly say that starting a new adventure after 5 years at Quality is something I’ll never regret. In the past year I’ve experienced more things I’ve never done, been on dozens of bike trips (LA, Vegas, San Francisco, Missouri, Yellowstone, Cosa Rica, Chicago, even drove to the west coast 3 times) its been wild & we’ll keep it going as long as possible. Lots planned this summer, local shows, trips, contests, etc. Whoever has been at the same job year after year and has ever even thought about doing something different, self employment, traveling, whatever it may be, stop thinking about it and do it. Sooner the better. You’ll never regret it if you try it, you’ll regret it if you don’t. Thanks again Q.

“License & registration. What’s in the Rifle case?” “My 7 iron. I golf with my co workers after work officer.”