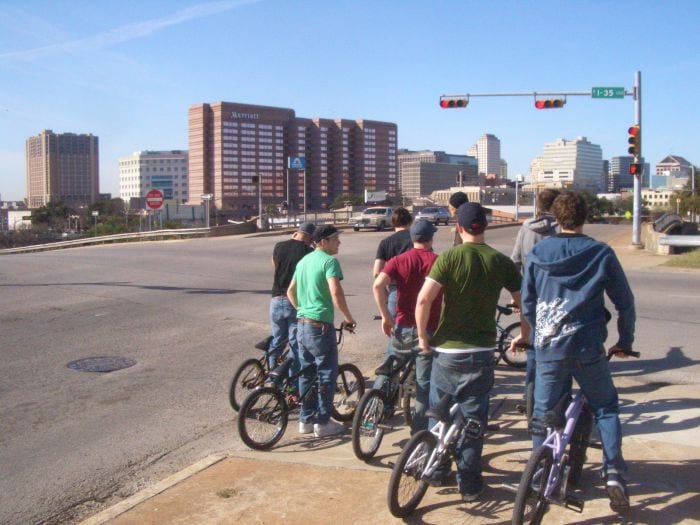 We spent our morning in Austin Texas riding through downtown trying to find IHOP. We finally ate our breakfeast and then rode to the other side of downtown to Empire BMX. On the way their, two cops on bikes ran into each other while trying to stop all of us from riding through traffic. They let us go after a good 15 minutes and we made it to Empire. We headed out to some ditch later in the afternoon called “5 Hip” that has 5 hip jumps. We rode there until dark with was really fun. After dinner at Chuy’s, we headed for San Antonio!