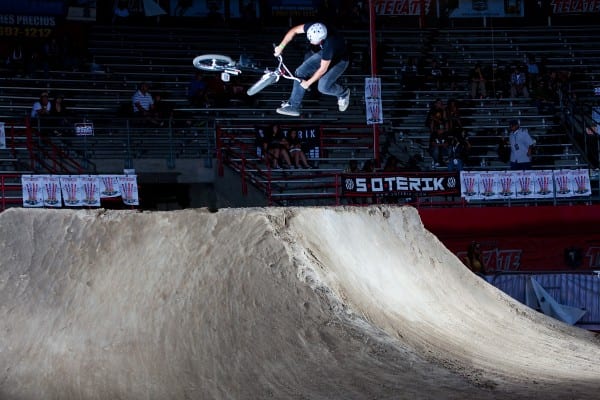 Colton Satterfield & Jeremy Vincent drove down from Utah & picked me up in Vegas after Interbike, we cruised out to LA for this Soulstyce hip hop music festival with a pro dirt comp. Ghetttttttttoooooo!!!! But soooo much fun. The dirt course was literally in the middle of a rodeo/bull fighting arena. Fat Joe & Red man were some of the big name artists that showed up over the weekend. The dirt was basically a drop off into a landing followed by to big booters & a quarter/hip at the end. Super fun.. Everyone rode super well, I believe this was the first pro comp I’ve entered where I actually made it to the finals.. Qualified 9th, finished 12th. Super pumped for more of these events, special thanks to everyone in LA over the weekend, had a blast! Coverage on Ride BMX: http://bmx.transworld.net/1000138404/photos/2011-soulstyce-fest-contest-results-photos/?show=gallery&pid=50990#ngtop